Tables 2 and 3 show the Modulation and Channel Coding Schemes 5G NR Physical Layer and channel coding schemes that can be used for NR downlink and uplink communication, respectively.

As the primary modulation scheme, in addition to the schemes specified since Release 8 LTE, 256QAM and π/2-BPSK that are available in the latest LTE are also supported in NR. For the second modulation scheme, the same scheme as in LTE ̶ Orthogonal Frequency Division Multiplexing with a Cyclic Prefix (CP- OFDM) ̶ is applied to the downlink channels. For the uplink channels, it is possible to apply

both Discrete Fourier Transform Spreading OFDM (DFTS-OFDM), which suppresses the Peak-to-Average Power Ratio (PAPR)to allow broader coverage and the same CP-OFDM scheme as used in the downlink. This enables the use of unified access schemes in the downlink and uplink, resulting in simpler systems.

Low-Density Parity-Check (LDPC) coding and polar coding are specified as the channel coding schemes in NR, in addition to the block codes that have already been used in LTE. The LDPC coding scheme used in the data channel (DL-SCH: Downlink Shared CHannel, UL-SCH: UpLink Shared CHannel, PCH: Paging Channel) is able to perform parallel processing to minimize de-coding latency, and can thus operate close to the Shannon limit. The polar coding scheme used in the control channel (DCI, UCI/uplink control in-formation with a payload size of 12 or more) and BCH (Broadcast Channel) has less decoding computation complexity compared with the convolutional code used in LTE (TBCC: Tail-Biting Convolutional Coding), while exhibiting superior characteristics that approach the Shannon limit. The same block codes as used in LTE are applied to us with a small payload size. 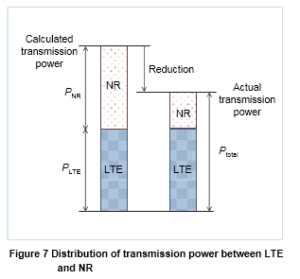