With the spread of smartphones and tablet terminals, it has become easier for people to collect information and enjoy rich content such as videos and music at any time and in any location. The

quality of the content available to these terminals has also been improved dramatically. Furthermore, it is expected that services made possible by the “Internet of Things” (IoT) era, where everything is connected to networks, will become increasingly important in the future.

Under such circumstances, the 3rd Generation Partnership Project (3GPP) formulated the New Radio (NR) standard for wireless communication in 5th Generation mobile communication systems (5G), which doesnʼt have backward compatibility with LTE and LTE-Advanced. NR supports various use- cases such as enhanced Mobile BroadBand (eMBB), Ultra-Reliable and Low-Latency Communications (URLLC), and massive Machine-Type Communications (MTC), over a very wide frequency range from below 1 GHz to 52.6 GHz. This article describes the underlying technologies from the physical layer perspective of NR that are specified to realize these requirements from the various use-cases.

In the high-frequency band, it is very important to obtain a high beamforming gain(Gain: One of the radiation characteristics of an antenna. An indicator of how many times larger the radiation strength in the antennaʼs direction of peak radiation is relative to a standard antenna) by using many antennas to compensate for the effects of radio wave attenuation. The high-frequency band of NR re-quires the use of Multiple Input Multiple Output.

(MIMO)  (MIMO: A signal transmission technology that improves communication quality and spectral efficiency by using multiple transmitter and receiver antennas to transmit signals at the same time and same frequency)  technology that assumes the availability of hybrid beamforming using up to 256 antenna elements at the base station and up to 32 antenna elements at the user equipment.

Tables 2 and 3 show the modulation and channel coding schemes that can be used for NR downlink and uplink communication, respectively.

As the primary modulation scheme, in addition to the schemes specified since Release 8 LTE, 256QAM and π/2-BPSK that are available in the latest LTE are also supported in NR. For the second modulation scheme, the same scheme as in LTE ̶ Orthogonal Frequency Division Multiplexing with a Cyclic Prefix (CP- OFDM) ̶ is applied to the downlink channels. For the uplink channels, it is possible to apply

In NR, the maximum bandwidth per carrier is much larger than in LTE: 100 MHz at frequencies below 6 GHz and 400 MHz at higher frequencies. For carriers operated with such a large bandwidth, NR supports the BandWidth Part (BWP) concept whereby user equipment can use smaller bandwidths than the carrier bandwidth used by the base station. 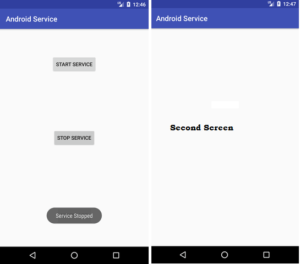