What is a LTE Scheduler ?

Scheduling is a process through which eNodeB decides which UEs should be given resources (RBs), how much resource (RBs) should be given to send or receive data .In LTE, scheduling is done at per subframe basis i.e. every 1 mili second. The entity which is govern this is know as scheduler. Some or all of these characteristics determine what kind of Packet schedulers are required at the LTE MAC to adhere to the required QoS requirements of the relevant applications. LTE MAC supports the following three types of Scheduling: As shown above, whenever the Voice Payloads arrive at the L2, the MAC Scheduler will activate the SPS resources and whenever there are no transmissions for few of the transmission opportunities, the SPS resources were implicitly released. Again, it gets activated, when the voice payloads arrives at the next Voice activity period. During the Voice Inactivity period and after the implicit release of the SPS resources, these radio resources will be allocated for different UEs, which are in need of it. It is clear that, only those services, which are real time in nature, with fixed packet size payloads, and fixed periodicity of the payload arrival, can effectively and efficiently utilize. The Semi-Persistent Scheduling. Such services or applications, which fulfils these characteristics are conversational voice, conversational video [only Conversational voice part of the video], and any other real time applications [Only Conversational Voice part] 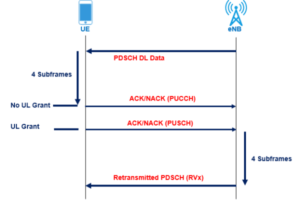