In a cellular system, handover can be defined as a procedure to transfer a User Equipment (UE) and its context from a source cell to a target cell when source cell signal becomes bad so it handover the UE to target cell to continue the UE session.

In LTE,  Handover Mobility Support for UEs in ECM-CONNECTED handles all necessary steps for handover procedure. These steps can be broadly classified as follows:

The figure below depicts the basic handover scenario where neither MME nor Serving Gateway changes. 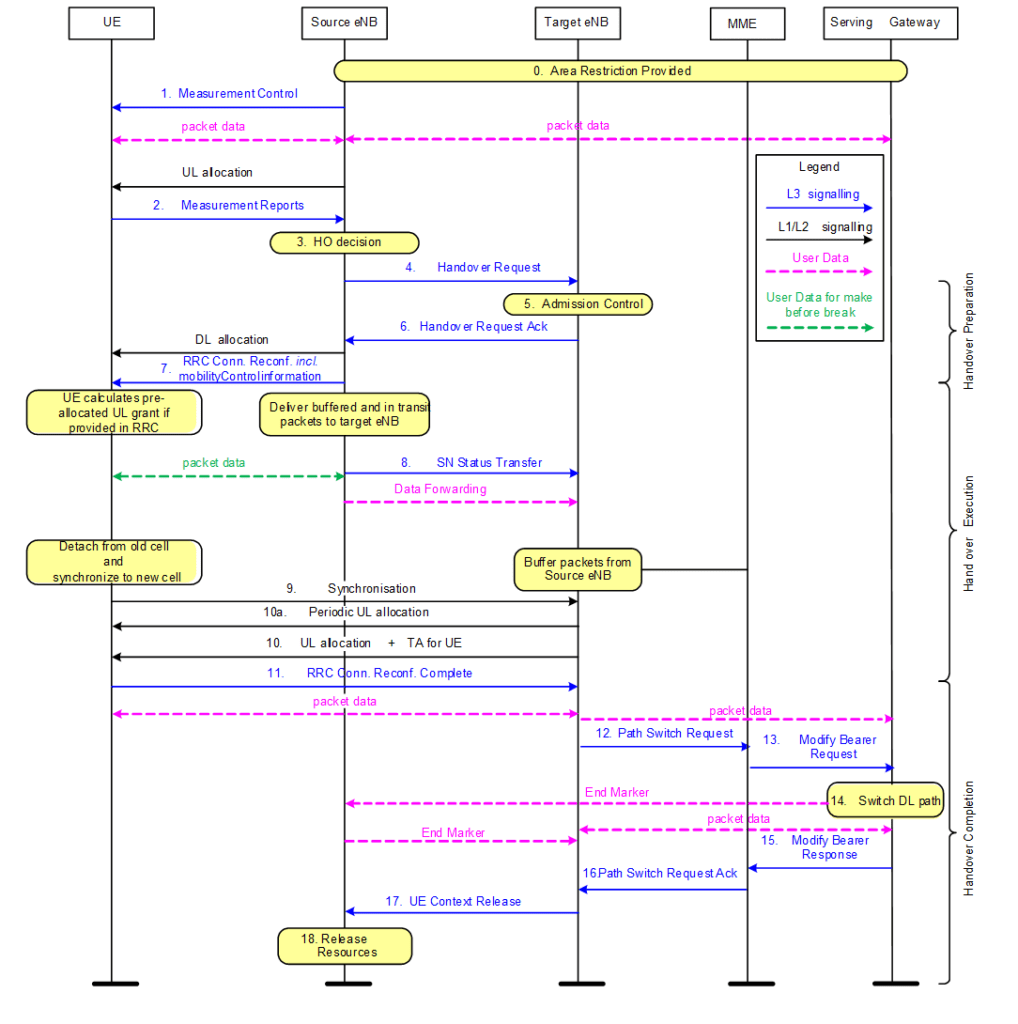 Handover Latency is one of the measures of system performance. As per 3GPP 36.881, the handover latency can be measured by the time UE received handover command (RRC Connection Reconfiguration Incl. mobilityControlInfo) from the source cell and it sends RRC Connection Reconfiguration Complete to a target cell. In other words, we can say the handover latency is the time taken during handover execution step.

Let’s discuss what are the component contributes to handover latency and these involve all the steps associated with handover execution i.e. form Step 7 to Step 11.

Step 8: SN Status Transfer: In this step, the source eNB sends the SN STATUS TRANSFER message to the target eNB to convey the uplink PDCP SN receiver status and the downlink PDCP SN transmitter status of E-RABs for which PDCP status preservation applies (i.e. for RLC AM).Since this is eNB to eNB signaling which is not related to the air interface and it can be done in parallel with step 9 below, the delay contribution of this step can be considered negligible total handover latency.

Step 9: Synchronization After receiving handover command (i.e., Step 7: RRCConnectionReconfiguration message including mobilityControlInfo), the UE may perform the following in this step

Step 9.1: Target cell search: As, in most cases, the target cell is selected based on UE measurement reports and can be assumed to be “known”, the delay due to this step can be considered to be 0 ms for this study.

Step 9.2: UE processing time for RF/baseband re-tuning, security update: While the exact value can vary significantly based on various parameters, for the purpose of this SI, we consider UE processing time (for RF/baseband re-tuning, derive target eNB specific keys, configure security algorithm to be used in target cell) to be 20 ms as defined in TS 36.133.

Step 9.3: Delay to acquire first available PRACH in target eNB: Considering a typical RACH configuration where PRACH is available every 5 subframes, the minimum delay for this step 0.5ms and a typical delay would be 2.5 ms.

In this step, the target eNB responds with UL allocation and timing advance. This corresponds to RAR from target eNB.Assuming LTE FDD and that subframe number is continuously numbered, if UE sends RACH preamble in subframe n, following current specification, eNB can send RAR as early as in subframe n+3 (section 5.1.4 of TS 36.321). Assuming that the grant decoding and/or TA delay is not included in this step, the minimum delay of this step would be 3ms and typical/average delay would be 5ms.

According to section 6.1.1 of TS 36.213, UE can then send RRCConnectionReconfigurationComplete as early as after k1 >= 6 subframes, i.e., the delay of this step is typically 6 ms. This includes UE Processing Delay (decoding of scheduling grant and timing alignment + L1 encoding of UL data) and transmission of RRC Connection Reconfiguration Complete.

It should be noted that the above values assume successful transmission at first attempt. This may not always be true especially for handover scenarios where channel quality may be degraded. The actual delay values can be higher if some steps require re-transmissions. 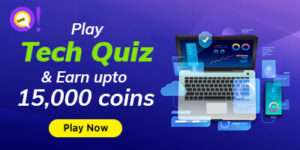 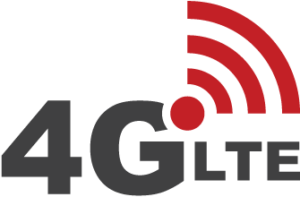 Spectral Efficiency : 5G-NR and 4G-LTE
What do you think of when you hear word “spectral…