Below is the list of a few 5G Network Abbreviations and Terminologies used in 5G NR. Our team is continuously updating it. Please do visit regularly to get in touch with new terminology and abbreviations related to 5G.

New RAN: A Radio Access Network which can support either NR/E-UTRA or both and have capabilities to interface with Next-Generation Core Network (NG-CN). NG-C/U is the Control/User Plane interface toward NG-CN

gNB: New Radio (NR) Base stations which shall have the capability to interface with 5G Core named as NG-CN over NG-C/U (NG2/NG3) interface as well as 4G Core known as Evolved Packet Core (EPC) over S1-C/U interface.

eLTE eNB: An eLTE eNB is evolved eNodeB that can support connectivity to EPC as well as NG-CN

Standalone NR: It is a 5G Network deployment configuration where gNB does not need any assistance for connectivity to core Network, it can connect by its own to NG-CN over NG2 and NG3 interfaces

Non-standalone E-UTRA: It is a 5G Network deployment configuration where the eLTE eNB requires a gNB as anchor for control plane connectivity to NG-CN.

Standalone E-UTRA: It is typical 4G network deployment where a 4G LTE eNB connects to EPC 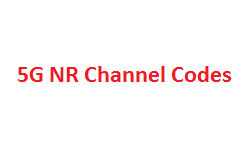