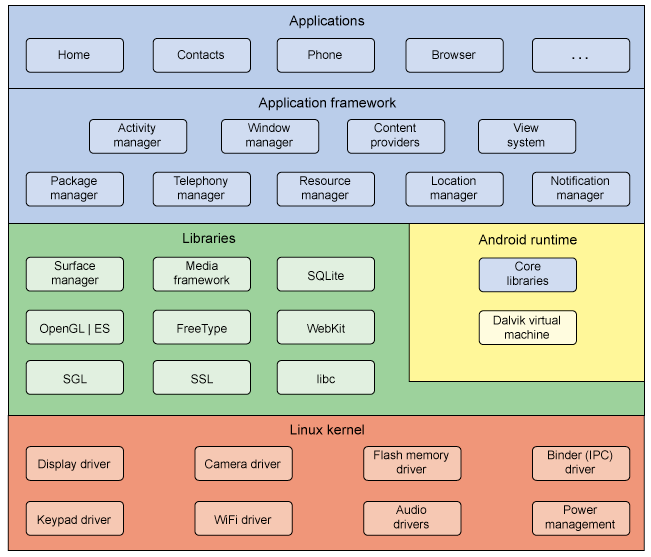 A bottom layer of Android operating system is a Linux kernel. Android is built on top of Linux 2.6 Kernel and few architectural changes made by Google. Linux Kernel provides the basic system functions such as process management, memory management and device management like camera, keypad, display etc. It also provides an array of device drivers which makes interfacing the android with peripheral hardware easy.

It is the third component of the Android architecture and placed in the second layer from the bottom. It provides the most important part of android called Dalvik Virtual Machine. Dalvik Virtual Machine is similar to Java Virtual Machine (JVM) but the only difference is that it is designed and optimized for Android. Dalvik Virtual machine uses the core functions of Linux such as memory management and multi-threading and enables each android app to run its own process.

Android application is the fifth competent of Android OS and situated at the top layer. Applications are developed to be installed on this layer only. Examples of such applications are Contacts Books, Browser, Games, etc. 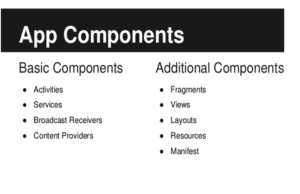