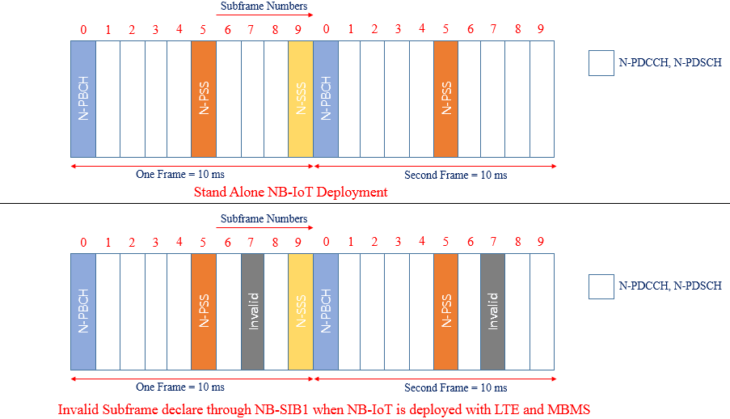 The NPSS and NSSS help UE to synchronize downlink to an NB-IoT cell. These are transmitted in certain subframes based on an 80-ms repetition interval. By synchronizing to NPSS and NSSS, the device will be able to detect the cell identity number (NB-IOT PCI).

NPSS and NSSS are designed to allow devices to use a unified synchronization algorithm during initial acquisition without knowing the NB-IoT deployment mode (In-band, Guard-band or stand-alone). This is achieved by avoiding collision with REs used by LTE as much as possible. The NPSS is used by the devices to achieve synchronization, in both time and frequency, to an NB-IoT cell.  The NPSS needs to be designed so that it is detectable even with a very large frequency offset. Because of the consideration of device complexity required for NPSS detection, all the cells in an NB-IoT network uses the same NPSS. As a result, a device only needs to search for one NPSS. In contrast, an LTE network uses three PSSs.

Sequence Generation: Following is the equation to generate NPSS sequences. here u =5 and l varies from 3 to 13. 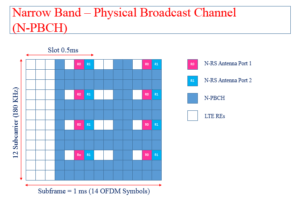